There are a number of issues surrounding the control of discrete LEDs on a FPGA development board.

One solution is to make use of PWM signals instead of ON/OFF GPIO to control each emitter of the board’s LEDs. Here’s an example.

One more technique to this is mixing the three emitters of a discrete RGB LED. I arrived at the idea by observing the source code of the shipping BIST program of the Digilent Inc. Zybo Z7 development board. The color LED can be mixed, similar to a color palette on a PC, by use of varying the PWM duty cycle of each of the three emitters of the LED.

Here we have a color palette mixed on the PC that is a dark orange. 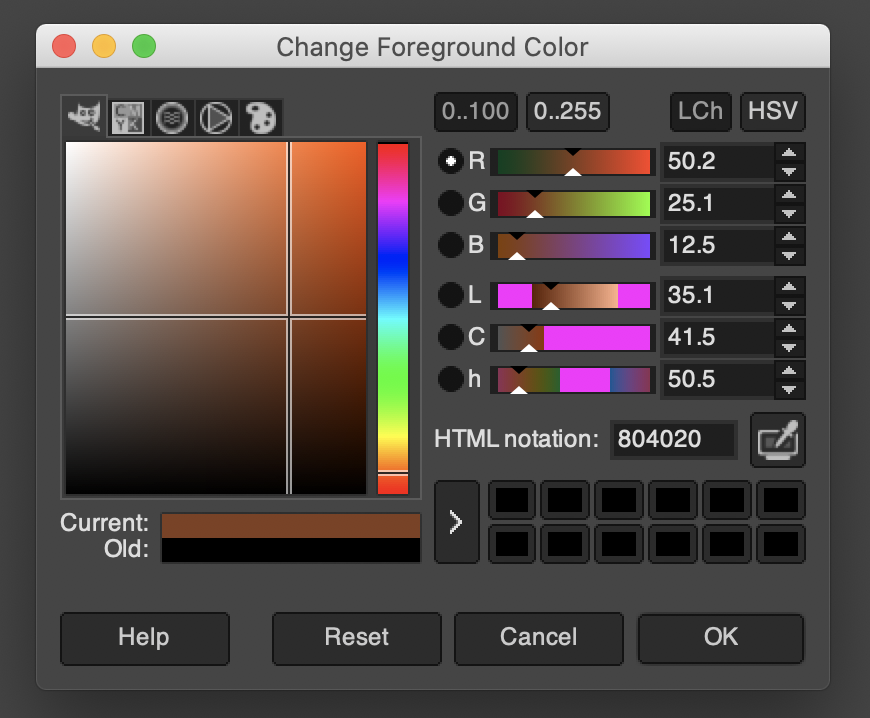 And to control the RGB color LED.

Note that a color palette of an PC imaging application will show dark color shades as the intensity of each color channel is lowered. That was not the result I encountered when mixing the RGB LEDs on the Arty A7. For the development board it was difficult to mix an Orange color; instead, the LED would range between different intensities of Yellow. I did accomplish an Orange color to indicate PAUSE BETWEEN OPERATIONS in the flash memory tester design. That project can be found here: fpga-serial-mem-tester-1 .